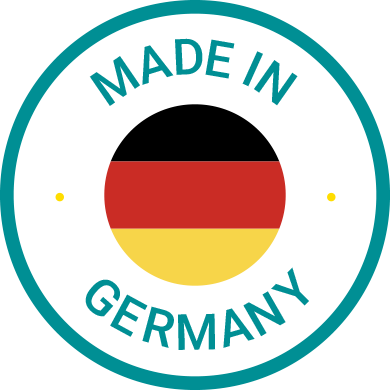 From theory to practice

As we elaborated in the first two parts of this little blog series on laser beams, laser beams are nothing more than photons popping out of excited atoms. But why do these become a beam that can be so strong that even steel plates can be pierced with it? This is largely due to a phenomenon that Einstein had already called for theoretically around 1905, but which could only be proven experimentally 45 years later. After that, it took only 10 years until Theodore Maimann presented the first functioning laser at the Hughes Research Institute in Malibu. Photons emitted by excited atoms behave coherently.

The phenomenon of coherence is that the emitted photons behave like identical copies of the photons that were first absorbed. So they have the same amount of energy and the same wavelength. In addition, they move in the same direction, have the same type of oscillation and the same phase in the angle. So you can cause a chain reaction if you manage to have a lot of excited atoms ready, which are then stimulated to emit many identical photons by the absorption of one photon. 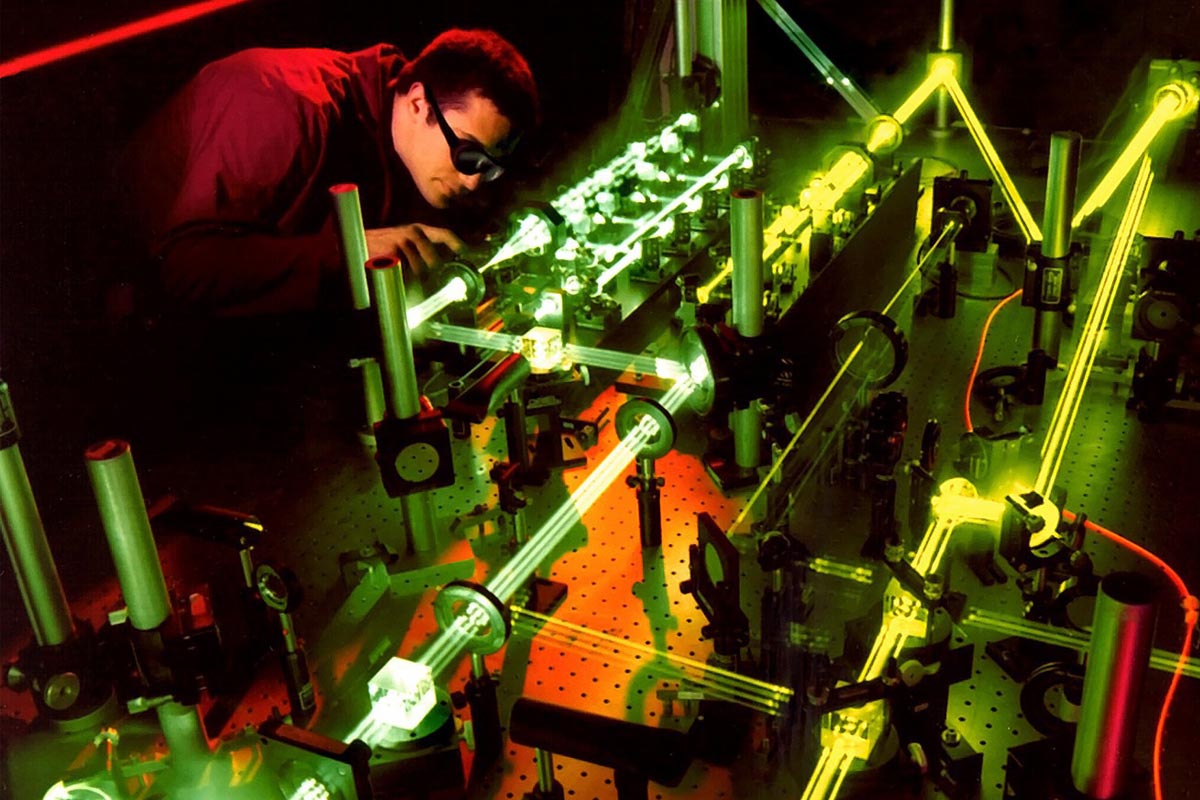 To do this, however, some essential rules must be observed, such as the fact that the system is precisely already in an excited state. Otherwise, pure absorption would take place and no laser beam would be produced. The majority of the atoms must therefore be in a high-energy state, the so-called upper laser level. This means that there is then a so-called “occupation inversion”. The trick now, in very simplified terms, is that the stimulated emitted photons are repeatedly guided through the system by mirrors.

As a result, more and more atoms emit identical photons and eventually form the laser beam. For this to work, however, one of the mirrors must not reflect quite perfectly, but allow a passage for the photons, so to speak. Then a beam is created that can be used outside the system. The type of medium or system used determines the frequency of this beam and thus its colour.

So long as all the rules are followed, the supply of a certain amount of energy is sufficient for the photons to multiply by mirror effect and be emitted as energy in the form of a beam. These mirrors are called resonators. Their shape and arrangement determine the propagation and strength of the laser beam. When Theodore Maimann succeeded in putting these theories into practice, he found a synthetically produced red ruby as a suitable medium after many experiments.

Today, a great many media for laser beams have been added. Each of these media decides the frequency, colour and other properties of the laser beam. Today, crystals, gases or even liquids are used. All with different results. You will find out what the results are in the next article.